Fintech has developed greatly since the early 1900’s, and we have seen a range of important technologies emerge such as ATM’s, payment networks, and visa cards, to name a few. In the last decade, we have seen a new type of Fintech blossom – cryptocurrencies.

Cryptocurrencies are digital currencies that often use blockchain technology. This type of currency has no centralized control and no actual physical coins or banknotes. One of the most prominent cryptocurrencies to appear is Bitcoin. Read more about different cryptocurrencies in 2019.  This article looks at what Bitcoin is and how it is being used in modern society.

At its most basic, Bitcoin is a cryptocurrency and a payment system. Bitcoins are “mined” using a mining process – servers or individual computers will perform a record keeping service and add new bitcoins to the Bitcoin blockchain network. Miners must comply with various rules and procedures such as providing proof of work.

All Bitcoin transactions are recorded and processed through blockchain, which is a form of public ledger. This ledger contains transaction data and is also used for validation. At any time there is only a certain number of bitcoins in circulation, and as with other currencies, the value of bitcoins fluctuates.

Why Is Bitcoin So Popular?

Bitcoin as a currency offers numerous benefits over traditional currencies. Firstly, it provides extremely quick transactions in comparison to other online payment methods. Secondly, it provides a greater level of security as all transactions are encrypted and visible on blockchain ledger.

Finally, Bitcoin transactions are extremely cheap. In most cases, there are no associated fees at all. In short, it is a faster and more secure form of payment that also carries less risk for merchants.

How Is Bitcoin Currently Being Used In Business?

Although Bitcoin is not universally accepted as a form of currency, it is certainly gaining traction and many businesses are already accepting it as a type of payment. Many businesses refrain from using Bitcoin due to its unconventional nature. It is a departure from traditional currency and payment methods, and it does still remain volatile in its price.

As Bitcoin develops and more financial institutes provide backing to it, we should only see an increase in its usage.

The following are some businesses who already accept Bitcoin payments:

As you can see, Bitcoin is becoming recognized in a wide variety of markets and industries. If you take a look at the infographic below, you can see a host of other businesses who are also accepting Bitcoin payments. Please note that there will be other companies who do accept it as payment, but this infographic represents some of the most well known and influential businesses who are currently setting the trend. 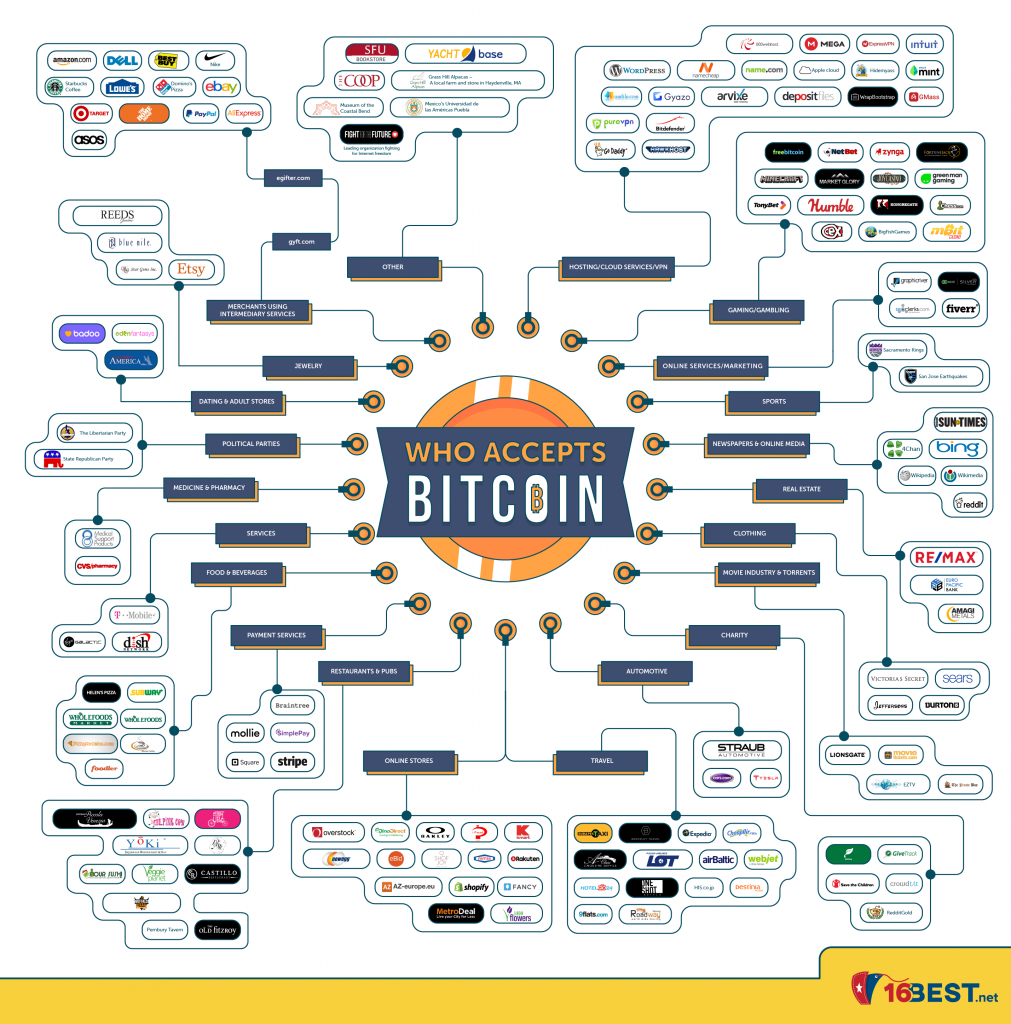 What You Should Know When You Graduate.

This small experiment of the renowned singer Ms Watts Hugs could be called a minor glimpse of such gigantic attainments by renowned Indian Acharyas and Gurus. technology publications canada This text will assist twitter customers perceive about prime web broweser. knowware soft tech The newest features of cellphones and tablets have acquired striking video games […]