Multiple ways to unlock the door

A companion bridge must be wired to your router

Ever since I installed my first smart lock in my home late last year, I can’t imagine not having one. They’re extremely useful, and they can come in clutch when you really need them. Now that I have had a taste of them, I wanted to get my hands on some other options. This is where Lockly’s latest smart lock comes into play.

For the past couple of weeks, I’ve been testing out the company’s latest release, the Lockly Vision Doorbell Camera Smart Lock. It’s a $399 smart lock with a built-in HD video doorbell, a 3D Biometric fingerprint sensor, and a touchscreen keypad. It has a ton of features you won’t find on most smart locks, which is one of the reasons I was interested in trying it out. Does it live up to the hype? Let’s find out.

What’s particularly great about this smart lock is that it combines two products into one. You get a state-of-the-art smart lock plus a video doorbell. This saves you the hassle of installing two different products. On top of that, the lock gives you five other options to unlock the door. Whether it be your fingerprint, keys, or a unique access code – you have plenty of options to choose from.

Here’s a quick rundown of all the features Lockly Vision has to offer:

On the outside, Lockly Vision looks like most of the smart locks out there. The only difference is that it’s much bigger than most. Compared to the August Smart Lock I had previously installed, this thing is a giant. But it makes sense, the Lockly Vision has to pack in a lot more hardware than most, especially when you’re stuffing in a fingerprint sensor and camera into the device.

Installation was easy enough, but it took longer than what it took with the August Smart Lock. Lockly Vision adds a couple of more steps to the process. Thankfully, Lockly makes it easy super simple with Bilt app’s help, which walks you through each step of the installation with 3D interactive instructions. All in all, it took me about an hour to get the lock installed on my door.

One of the extra steps I mentioned above is connecting the included hub to your home’s WiFi network. This involves you connecting the hub to your router via a LAN cable. Lockly Vision works via Bluetooth in close-range connectivity with your phone and not built-in WiFi like other smart locks.

After getting the lock installed and synced with the Lockly app, the lock was ready to go. With the door closed, I went ahead and locked the door via the app. Less than a second later, the door received the command and locked the door without any issue. I was impressed by how well it worked right out of the box.

Unlocking the door with my fingerprint is the fastest way to get in. But access codes work just as good too. What’s good about the Lockly Vision when using these access codes is that the keypad generates a random pattern of numbers. From here, you simply press the buttons containing your code numbers. This way, no one can steal your access code by looking at the fingerprint smudges on the keypad.

One particular feature I like is the auto-lock. Once the door has been unlocked, the lock automatically locks itself after 30-seconds; this way you never have to remember if you locked the door or not. You can adjust the default timing too if you need more time. Another neat feature is swiping the keypad to lock the door. If you’re ever leaving the house and need to lock the door as you leave quickly, a quick swipe of the keypad takes care of that.

The lock performed way beyond my expectations, and I have no complaints on that front. But how does the camera perform? Is the doorbell camera a worthy competitor to all the different options available on the market? Truthfully, I have mixed feelings about this. Here’s why.

Honestly, the video quality isn’t all that great. And on top of that, the camera doesn’t have night vision, so the video’s quality at night may be hard to make out, especially if you don’t have a light shining down where the camera is. The camera also lacks motion detection capabilities.

When I first installed the lock, I never received any notifications from the app the first couple of days. When the door has been unlocked/locked, the app tells you when someone is ringing the doorbell, and other things like if someone entered in a wrong access code. I never received any of these, along with notifications that told me someone was ringing my doorbell.

This was a complete letdown. The whole idea of a video doorbell is to notify the user when someone is ringing the doorbell and allowing them to dial in via video to see who’s at the door. After a quick message to customer service, they instructed me to reset my lock. That seemed to solve the issue as notifications now are being sent. Well, at least they were for a while.

All of a sudden, the notifications stopped working again, and then the lock’s doorbell camera stopped working altogether. I can’t access the live video nor can I see who’s at the door when someone rings the doorbell. I tried reinstalling the app to see if that would fix it – nope. Tried repairing the device – still nothing. That fixed the issue of the notifications, but is this something I have to do every once in a while? I really hope not.

The worst part of it, to repair your device, you’ll need the activation card that came with the lock. It has a special activation code that you’ll need to enter in the app, so if you ever lose it, you’re shit out of luck.

Should you buy it?

Personally, for me, the best thing about this unit is the lock itself. Sure, the doorbell camera is a nice touch (when it works), but its features are lacking. I would have liked to see things like motion alerts or better video quality and night vision and, you know, a fully functioning feature. It’s not a deal-breaker or anything, but for $399, you expect the very best.

Now, as for the lock goes, I have to say, this thing is a beast. It’s by far one of the best setups I’ve seen. The fingerprint sensor works like a dream, and the auto-lock feature is an absolute Godsend too. But at the end of the day, it simply just works. Other than the issue of the notifications, I rarely had any problems with it. And for me, that’s a huge selling point.

But the only thing I see holding people back from purchasing this is the big upfront investment. The Lockly Vision will set you back $399, making it one of the most expensive smart locks on the market by far. Personally, it’s not worth getting the doorbell combo. The $279 Lockly Secure is probably a better option.

Have any thoughts on this? Are you in the market for a smart lock? Let us know down below in the comments or carry the discussion over to our Twitter or Facebook.

Multiple ways to unlock the door

A companion bridge must be wired to your router 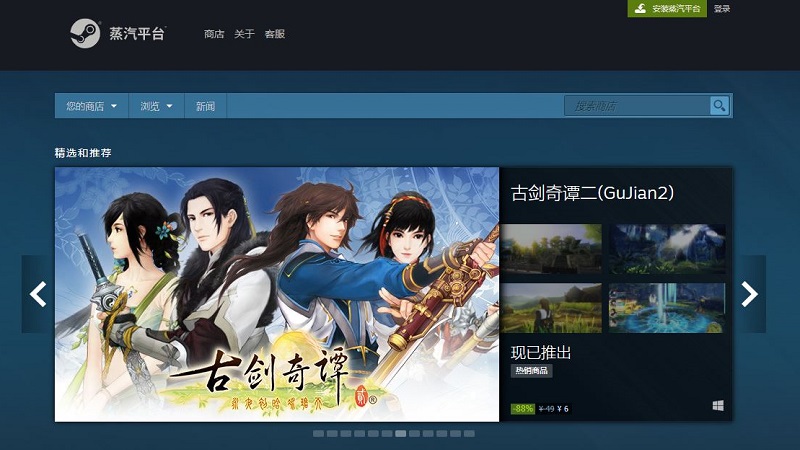 Steam China is missing one big feature. There are no chat scammers.