Insomniac’s exciting new title Ratchet & Clank: Rift Apart has come out and it looks like people are loving it so far. Gamers have had a few days to try Continue Reading

Insomniac’s exciting new title Ratchet & Clank: Rift Apart has come out and it looks like people are loving it so far. Gamers have had a few days to try the game out now, and reviews are starting to come in.

So far, everyone seems to be giving some pretty stellar reviews for the latest installment in the popular Ratchet & Clank series. The series has been a long-time fan favorite on PlayStation. Rift Apart is the first Ratchet & Clank game made since the PlayStation 3 era, and it is a PS5 exclusive that shows off some of the power that comes from the new console.

So let’s see what people are saying about Ratchet & Clank: Rift Apart.

Ratchet & Clank has been a staple of PlayStation gaming for years, and most of the series’ success can be credited to its lovable characters. Ratchet is an adorable Lombax, a fictional human-feline species that wields a wrench along with a few other weapons. Clank is his trusty robotic sidekick that rides on his back like a backpack.

Insomniac introduced a couple of new playable characters to this latest installment. Prior to this game, Ratchet was the only Lombax in existence. But the evil Dr. Nefarious has opened portals to other dimensions and introduced us to Rivet, another Lombax, and her own sidekick, Kit.

Mechanically, these characters are identical to Ratchet and Clank. Where they differ is how they progress the game’s story. Andrew Webster from The Verge noted, “Rivet starts out as a pessimistic loner, but you get to watch her slowly learn how to trust and work with people, thanks to Clank’s calming presence. Likewise, for most of the game, Kit has a hard time connecting with anyone for reasons that become clear once you learn her surprisingly dark backstory.”

So let’s talk about the story for a moment. Rift Apart see’s Ratchet torn into different dimensions, with Clank getting lost along the way. Somehow, Clank makes his way to Rivet, while Kit finds Ratchet alone. The player takes turns, progressing through different worlds, either with Rivet or Ratchet.

The series’ main villain, Dr. Nefarious, is back, and he has opened up portals to different dimensions. Players must use Rivet and Ratchet’s various tools to fight back against Dr. Nefarious’ goons. Rift Apart maintains the series’ notable comedic tone, while also tackling some heartfelt themes.

Jonathon Dornbush of IGN says, “Rift Apart also gives Pixar a run for its money in its ability to tell an emotional story while also maintaining its excellent comedy. While it’s the funniest game I’ve played in some time, the writing strikes just the right balance between that comedy and the heartfelt, the silly and the sincere.”

Many people are dubbing Rift Apart a “true next-gen” title that really shows off what the PS5 has to offer. In addition to having stunning graphics that only next-gen consoles make possible, the game also utilizes just about every feature that the PS5 has to offer. Tony Polanco of PCGamer calls Ratchet & Clank: Rift Apart “the definition of a next-gen title,” saying the game “impresses with stunning visuals, immersive audio, clever haptic feedback, and enjoyable characters and locales.”

But let’s talk about the graphics for just a minute. Today, PlayStation gave us all a sneak peak of the first hour of gameplay from Rift Apart, and the visuals were pretty amazing.

Chris Tapsell from Eurogamer says “Faces, dare I say it, are almost TOO good, occasionally drifting into the territory of that weird TikTok where humans do impressions of Dreamworks characters,” and I concur. There was one moment during the stream where they used the game’s photo mode, and the detail of Ratchet’s eyeball was unmatched by any video game I have ever seen.

Rift Apart is a Ratchet & Clank game at its core. That means gamers familiar with the series will be comfortable with the game’s action platforming, like rail grinding and various jumping puzzles. Rivet and Ratchet control exactly the same, so you don’t have to keep up with two different move sets.

The game does add a few new mechanics though, like portals that help you traverse the games various maps. In Rift Apart, portals can not only bring you to different planets, they can also help you get around those planets in a very cool, quick way. Polygon’s Ryan Gilliam said this about the portals: “Instead of pulling Ratchet or Rivet to a point, I’m pulling the point towards the hero — warping the world around them to further explore a planet or get us out of danger.”

So, the real question here is, is Ratchet & Clan: Rift Apart worth buying, and to be honest, that question is harder than it seems. There are many factors that play into this series.

First of all there’s the price. Rift Apart is a PS5 exclusive and it’s retail price is $69.99. Many people are not happy about the increase in prices for next-gen games. I, personally, don’t hate the extra $10 that next-gen games might cost. Games have been $60 for a long time now, and next gen consoles bring a lot more power to the table.

The next factor could be good or bad, depending on how you look at it. Rift Apart is still very-much a Ratchet & Clank game. That means that gameplay and story themes are going to be similar to what we’ve seen in the past, with the exception of a few additions. If you are someone who absolutely loves everything about Ratchet & Clank games then this shouldn’t be an issue. Just don’t expect a major change in direction with this title.

Personally, I can’t wait to get my hands on Ratchet & Clank: Rift Apart. That is, of course, if I can ever get a hold of a PS5!

Which headphones can I sleep with? 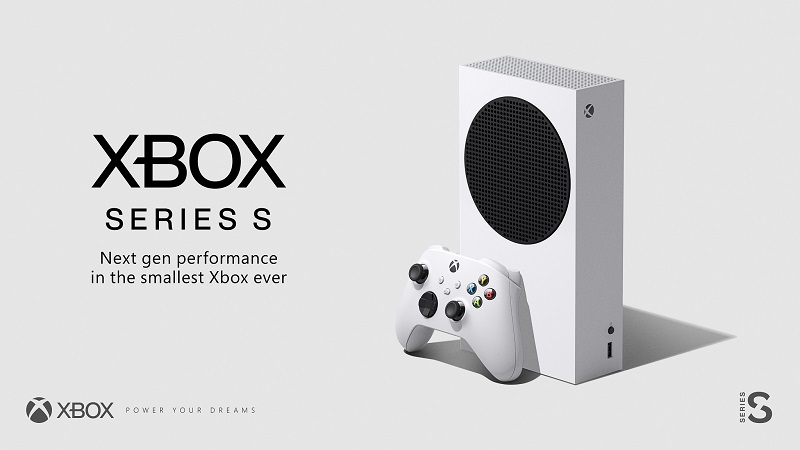 It may be the smallest Xbox ever, but it’s still not cute

How to make your Venmo transactions private