The Good The price is extremely attractive Will drive almost any headphone you throw at it (don’t actually throw it, kthx) Small footprint on your desk The Bad Headphone jack Continue Reading

The price is extremely attractive

Will drive almost any headphone you throw at it (don’t actually throw it, kthx)

Small footprint on your desk

Headphone jack is a little close to the volume knob

About a year ago we reviewed the amusingly named Schiit Hel, a gaming-focused combo DAC/AMP with a microphone input. Well, we must have done some good Schiit, because our desk has been graced by even more Schiit, in the form of the Schiit Stack.

This entry-level audiophile stack consists of the Schiit Magni Heresy amp, and the Schiit Modi 3 DAC, each priced at $99, and the Schiit Pyst interconnects, which are $20 shortened RCA cables so you don’t have a mess of cables on your desk.

Essentially, a DAC/AMP stack replaces your onboard sound card, bringing the audio signal out of the PC to remove the potential for any electrical interference. A good DAC should supply the cleanest audio possible, turning the digital 0’s and 1’s fed by your digital source into a clean analog signal. The AMP then amplifies that signal, making it powerful enough to drive your headphones.

If you have a bad DAC, the AMP will amplify every imperfection, from hissing sounds or other noise. A bad AMP could add distortion, crosstalk (where one stereo channel bleeds into the other), or not have enough power to drive your favorite headphones.

So, what’s up with this Schiit?

Okay, let’s break down this Schiit. The first part of the stack is the Modi 3, that unassuming black box on the bottom. If you aren’t familiar with DACs, it stands for Digital-to-Analog Converter, and its job is to turn the digital signal your PC puts out into an analog signal to pass to an amp. Your onboard audio chip already does this, but moving it outside of the EM-noisy inside of your computer brings a host of benefits, like less chance of interference on the signal.

It’s got a host of inputs to do just that, but for your PC you only need to really use the micro-USB port with the rectangle above it. That’s it, it’ll get its power from the PC USB port. The micro-USB port you see for power is for if you’re using either the TOSLINK or S/PDIF connectors, as optical inputs won’t power the DAC, or if you’re using a zero-power input like your phone. The only output option is a pair of RCA plugs, which are situated to line up with Schiit’s headphone amps of this size.

All three inputs support PCM, in varying bit-depths and sample rates from the CD-standard of 16-bit/44.1kHz all the way up to 24-bit/192kHz if you’ve got Hi-Res audio sources. That switch on the front is for switching between your source options, no auto-switching magic here. Oh, and you’ll know if it’s powered on because the white LED is super bright. That’s it, a simple set of simple specs for a very simple device.

Just a side point on the Modi 3 before we move on. The reviewed model is actually the last version, the Modi 3. Since it was sent over, Schiit has upgraded the USB connection to its Unison USB input. That makes it even better, as it’s the USB connector found on their more expensive DACs.

Now we get onto the Magni Heresy, the headphone amp that can also be used as a pre-amp for speakers. The front has only two things marring that smooth face, a smooth-feeling volume knob, and a 6.35mm headphone jack. The back has two RCA inputs from your source device, two RCA outputs to go to a pair of powered speakers, a HI/LO switch for gain, a toggle switch for ON/OFF, and the power input. Note that Schiit uses an AC adapter for its headphone amps, so you want to label this one when it arrives so you don’t accidentally put a DC adapter into the Magni or the AC adapter into one of your DC devices.

This little box puts out some serious power, 2.8W RMS per channel into 16 ohms, 2.4W RMS into 32 ohms, 410mW RMS into 300 ohms or even could just about manage 600 ohm headphones with 215mW RMS per channel. At low gain, it barely has any distortion, and only just a touch more at high gain when you’re boosting the signal by 15dB. In short? On paper, it’s the Schiit.

So, how do these two products stack up?

Look, this combo is awesome. Those clean lines from the outside are backed up by clean audio processing inside. The processing inside the Modi 3 is smooth and clean, with tight treble reproduction and bass that isn’t thick or muddy. It’s about as good a reproduction of sound as you could want, and can easily pair with more expensive amps without doing them a disservice.

Not that you need to pair it with an expensive amp, as the Magni Heresy is certainly up to the task. Think you need a $300+ amp with THX branding on it for clear, clean, powerful sound? Think again. The Heresy could even be your ‘endgame’ amp, and paired with the Modi 3 (or realistically, the Modi 3+ which is the newest version with Unison USB), you could be happy with almost every pair of headphones you could choose to buy. The only thing missing from this pairing is a balanced signal path option, but you can go to the more expensive Schiit Magnius ($199) and Modius ($199) in that case.

Bass on the Heresy is solid, with all the slam you could want for power-hungry planars. It’s also transparent enough that you don’t lose detail in the mids or the highs. I’m struggling to think of any amp at this price point (or several steps above) that will give you this combination of sound with enough power to drive almost any headphones. JDS Labs does have the Atom, but that doesn’t have anywhere near as much power output. The kicker? It does all of that while staying cool. Really, the AC wall-wart gets hotter than the amp. Impressive Schiit.

Oh, and if you don’t want the small cable loop of the Pyst interconnects? A small startup called Snake Oil sells a custom-molded interconnect for many of Schiit’s stacks, including the Magni/Modi. They’re solid, but don’t take any notice of their company name, it’s more of a joke than Schiit’s. They even make cables for Schiit that Schiit sells on their own storefront now, that’s how well the two work together.

So, should I buy this DAC/AMP combo?

Got a hankering for high-quality music playback or gaming so clear you swear you felt that bullet whizz past? Yeah, you do. For a hair over $200, you’ll get a quality DAC/AMP stack in the Magni and Modi 3+ that will outlast your current headphones. And the next pair. And possibly the pair after that. This could literally be an endgame setup, and it’s cheaper than one part of any other possible option.

Plus, you’ll get to tell everyone that you’ve got a stack of Schiit on your desk, and actually mean it. That’s priceless.

The price is extremely attractive

Will drive almost any headphone you throw at it (don’t actually throw it, kthx)

Small footprint on your desk

Headphone jack is a little close to the volume knob

First Impressions: Valheim – the survival game that we’ve been waiting for 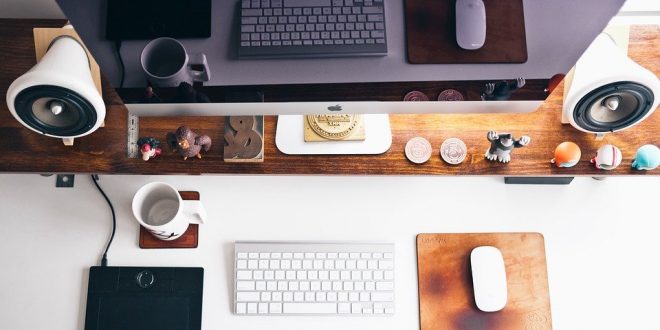